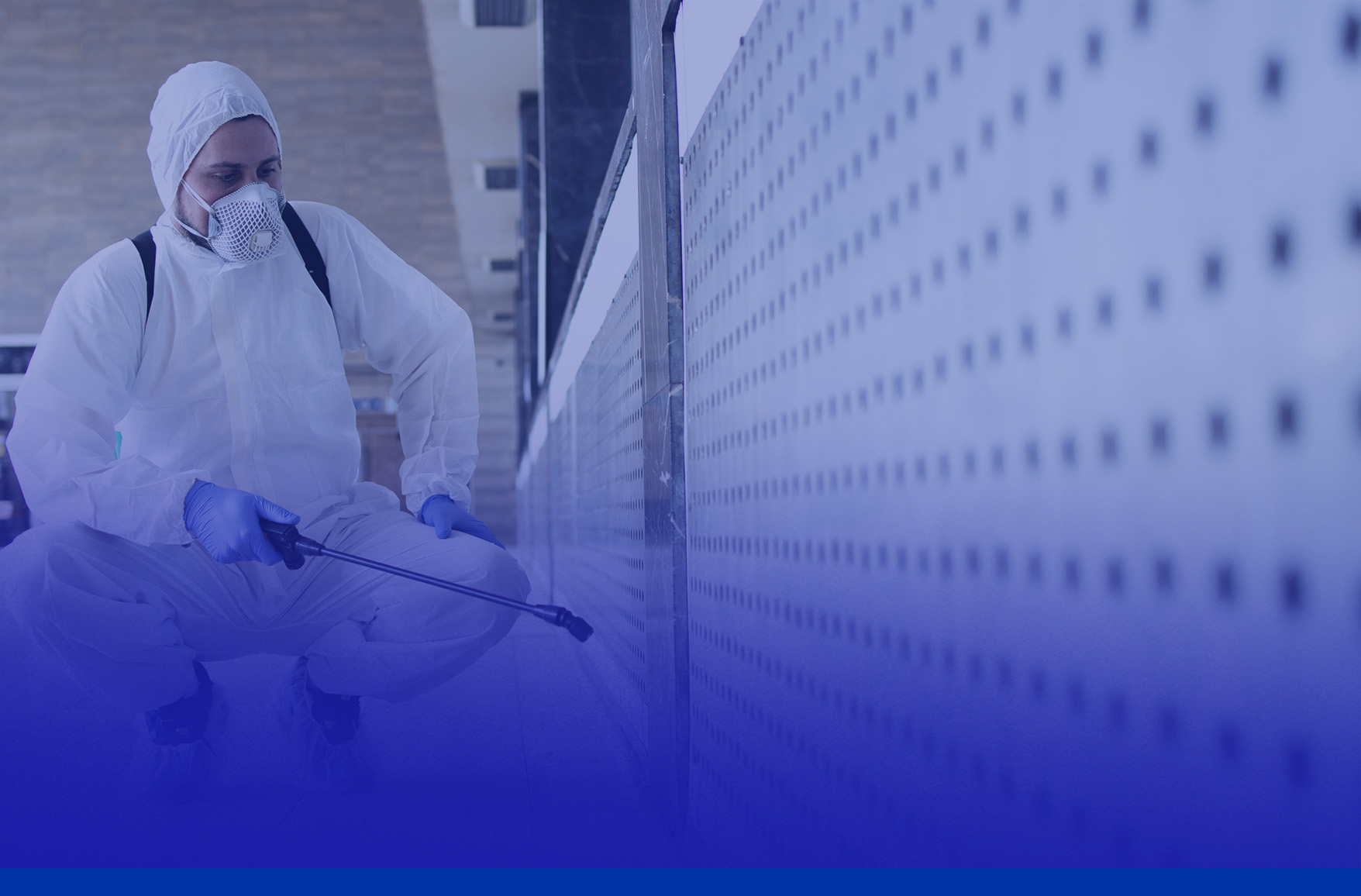 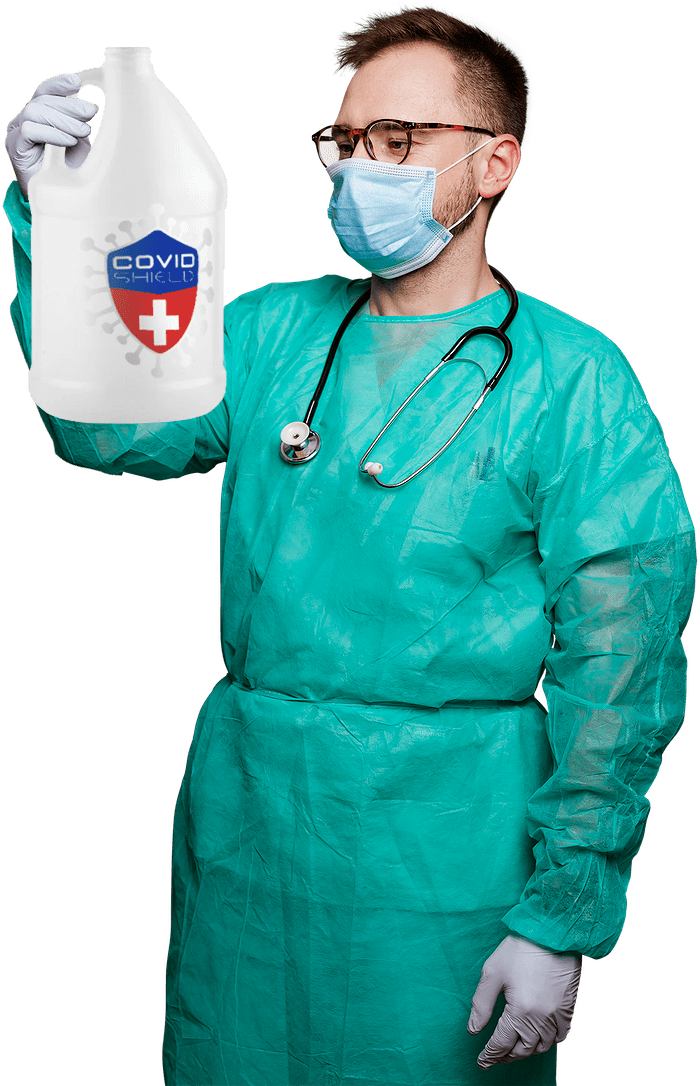 What is COVID SHIELD SYSTEMS?
A TRUE Disinfectant for COVID-19 - Novel Corona Virus

These sprays not only kill the COVID-19 virus, but also kill a host of other viruses, bacteria, and fungi. The spray can be used on various surfaces, such as the floor, walls, desks, countertops, doors, etc. Antimicrobial sprays are safe and do not have a harmful effect on the environment or the people. You can even get permanent antimicrobial surface coatings.
Much research has gone into the use of antimicrobial sprays and their use in public buildings such as medical centers. The antimicrobial spray avoids the regular use of disinfectants. You don’t require disinfectants or other chemical cleaning products again. 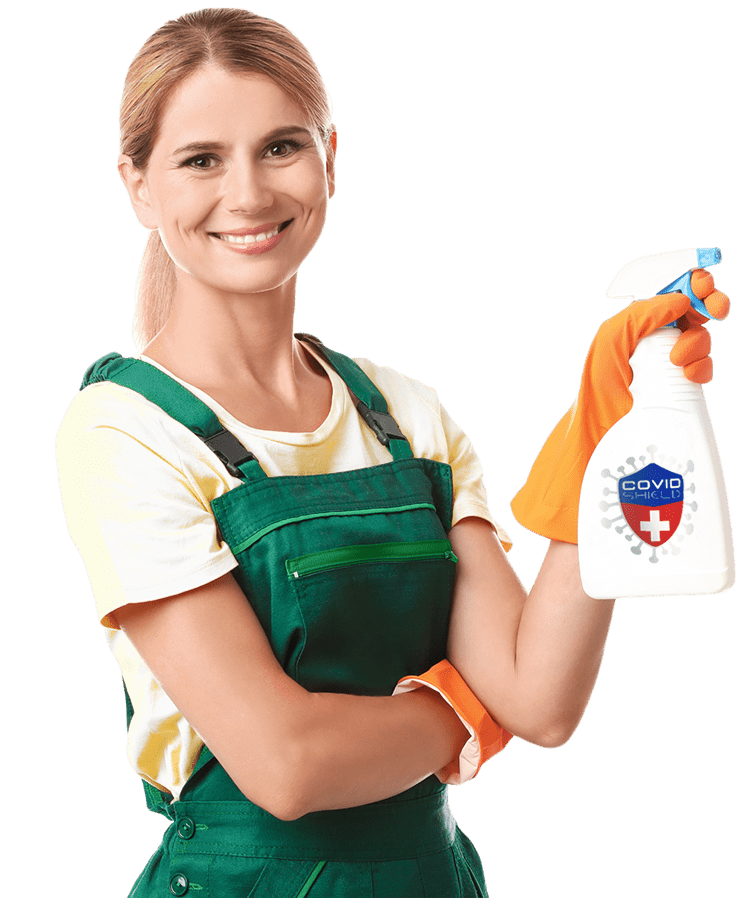 Who is COVID SHIELD SYSTEMS?
We offer Non-Toxic Antimicrobial Spray

A healthy, germ-free work environment is one of the best protections from the spread of contagious disease. With many concerned about the coronavirus outbreak, COVID Shield Systems is now offering a powerful new commercial & residential disinfecting products. During these uncertain times, we are here to help.

When offering antimicrobial spraying services or other cleaning services, we ensure using environment-friendly products or those that have very little impact on the environment. Apart from this, we ensure that the products we use cause no detrimental effects on the people in the house or the commercial building.

Our services are not limited to commercial cleaning, we offer a range of services for residential cleaning, both interior and exterior cleaning. Apart from this, we also offer disinfectant sprays to deal with mildew and fungus. This avoids problems such as mildew and moisture in attics, basements, and other parts of the house. However, antimicrobial sprays tend to be stronger than disinfectants, so they are almost always the right choice. However, antimicrobial sprays are mostly used in commercial buildings.

How Does COVID Shield Systems Work?
Our Antimicrobials last up to 90 days!

The spread of the coronavirus disease COVID-19 has spurred a surge in sales of cleaning and disinfection products. The Centers for Disease Control and Prevention (CDC) recommends regular cleaning of frequently touched surfaces, along with thorough hand washing—both standard practices for helping slow the spread of viruses and bacteria.

Did you know disinfectants are considered pesticides? They target germs and microbial pests like the COVID-19 virus. But not all disinfectants work for this virus. -National Pesticide Information Center

So What's Inside COVID Shield?

COVID Shield Disinfectant Spray is a water-based bactericide, fungicide, deodorizer, and antimicrobial all in one unique formulation and is a disinfectant for use against SARS-COV-2, the cause of COVID-19.

COVID Shield Disinfectant Spray Plus is EPA registered for many decontamination applications, including water damage restoration, sewage backups, removal of carcasses, toilet overflow situations, and more. It is also EPA registered for both spray and cold fogging applications.
EPA registration number: 70385-5
GET A FREE CONSULTATION

Why Do We Do It?
What is COVID-19 & How Has It Changed Our World

COVID-19 upended daily life in the United States as SARS-CoV-2, the virus spreading the disease, swept across the country. The U.S. declared a national emergency in mid-March, and Americans adjusted to strict guidelines, cancelled activities and closures, and mandates to stay home. Now different parts of the country are gradually reopening as the conversation continues about the best ways to do that safely and avoid new surges of infections.

“Until an effective vaccine against COVID-19 is available, we have to continue to do the hard, albeit tedious, work of keeping ourselves safe and healthy—by wearing facial coverings, keeping our social distance, practicing good hand hygiene, and staying home when we’re sick,” says Jaimie Meyer, MD, MS, a Yale Medicine infectious disease specialist.

SARS-CoV-2 is a virus that scientists haven’t seen before. Like other viruses, it is believed to have started in animals and spread to humans. Animal-to-person spread was suspected after the initial outbreak in December among people who had a link to a large seafood and live animal market in Wuhan, China.

By January, clusters of cases of a mysterious pneumonia were being reported in Wuhan, and in the following weeks person-to-person spread of the virus was reported around the world. In early March, the World Health Organization (WHO) declared COVID-19 a pandemic—a disease outbreak occurring over a wide geographic area and affecting an exceptionally high proportion of the population.

Scientists and public health officials are working as quickly as possible to find answers to key questions about how the disease is transmitted and why some cases are more severe than others, while they investigate treatments and a potential vaccine.

COVID-19 is caused by a coronavirus called SARS-CoV-2. Coronaviruses are a large family of viruses that are common in people and many different species of animals, including camels, cattle, cats, and bats. Rarely, animal coronaviruses can infect people and then spread between people. This occurred with MERS-CoV and SARS-CoV, and now with the virus that causes COVID-19. The SARS-CoV-2 virus is a betacoronavirus, like MERS-CoV and SARS-CoV. All three of these viruses have their origins in bats. The sequences from U.S. patients are similar to the one that China initially posted, suggesting a likely single, recent emergence of this virus from an animal reservoir. However, the exact source of this virus is unknown. -CDC Website & National Center for Immunization and Respiratory Diseases

Although for most people COVID-19 causes only mild illness, it can make some people very ill. More rarely, the disease can be fatal. Older people, and those with pre- existing medical conditions (such as high blood pressure, heart problems or diabetes) appear to be more vulnerable -World Health Organization

The number of people infected by the disease continues to change every day. While the impact of the disease varies by location, there are now almost 13 million confirmed cases of people with COVID-19 around the globe and more than 570,000 people have died from the disease, according to the WHO. (While some news sources report different numbers, the WHO provides official counts of confirmed cases once a day.)

The Centers for Disease Control and Prevention (CDC) provides a rough picture of the outbreak in the U.S. here, currently putting the total confirmed and probable cases at more than 3.3 million, and estimating more than 135,000 deaths. (If there any discrepancies, data provided by state public health departments should be considered the most up to date, according to the agency).
GET A FREE CONSULTATION 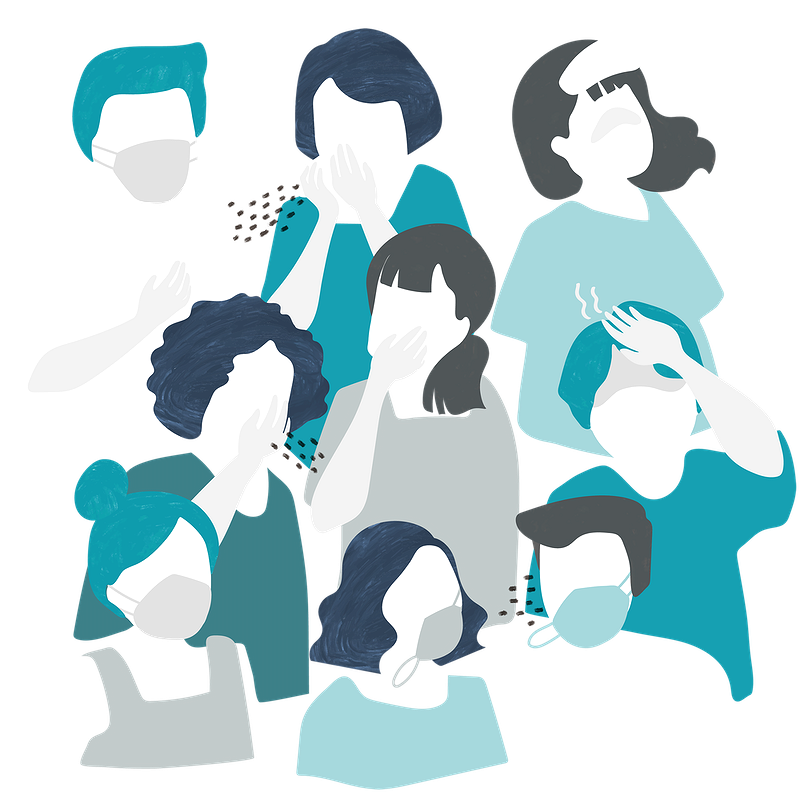 Where Can COVID Shield Systems Be Used?
SHORT ANSWER: EVERYWHERE

AND ANY OTHER PLACES WHERE PEOPLE GATHER